CHARGE OF THE LIGHT BRIGADE TO SAY GET MOVING ASSWIPE

Temecula, CA – Everyday there is a new twist to the saga of GMO pot, the 420Nurses, and the Label GMOs/March Against Monsanto demonstration slated for Saturday at Dana Point. 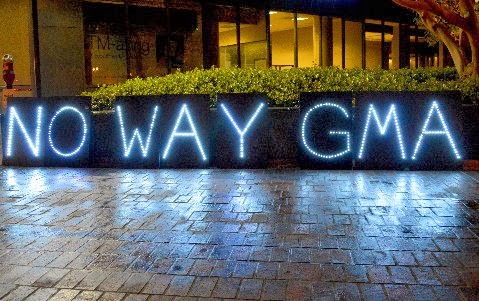 Hot on the high heels is news that the Light Brigade from San Diego has joined the GMA/GMO mass beach protest outing below the Ritz Carlton calculated to bring international attention to the arrogance and corruption of the GMA against moms, veterans, Boy Scouts, and our American stomachs.

The world will be watching this confrontation unfold in the upcoming brief world view window. However since lobbyists aren’t the nice guys Dr. Evil and his henchman are, the Facebook site listing Saturday’s event and asking for an RSVP, has been hacked just moments ago. Repairs are being made as you read this breaking news feature.


How powerful are The Oily? The Kiev demonstrations started as a rejection of the Russia-leaning government policies, and protesters said they now seek to "oust a corrupt and brutal regime," according to a post by the opposition-run "Euromaidan" Facebook group on Wednesday morning at a site still up and online. This plutocracy runs a tighter ship.

So just who is the ‘light brigade’? And why should a lobby giant like the Grocery Manufacturing Association care about a local of l.e.d. geeks? 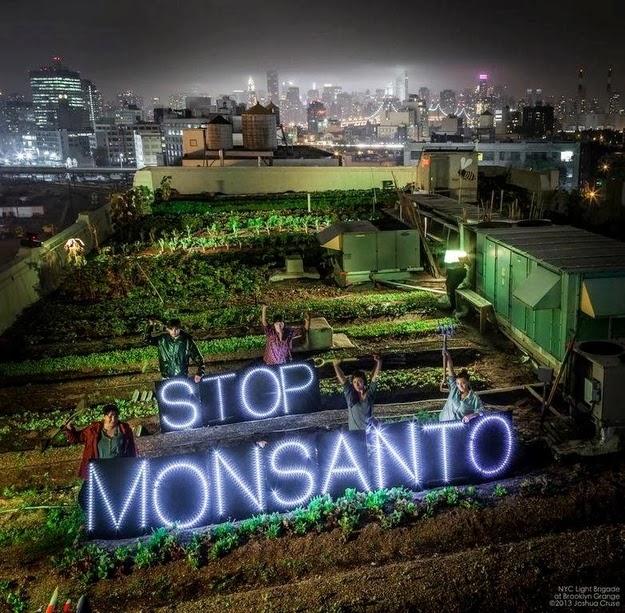 Sez the group, “If Monsanto is the most evil corporation in the world, the Grocery Manufacturers Association (GMA), which represents the world's largest purveyors of junk food, is surely the Biotech Bully's evil twin. And now the GMA is gathering high-powered lawyers at the Ritz Carlton in Dana Pont, CA, to help them plan their strategy, part of which is:

- Introducing a watered down GMO labeling bill on the federal level

There will have a welcoming committee as the group arrives, at a candlelight vigil at 7 PM on 2/25, with light brigade outside the Ritz-Carlton (1 Ritz Carlton Dr, Dana Point, CA 92629) with a message… OMG GMO GMA = EVIL

Well Sports Fans, for starters this group isn’t local, it’s national. And the official name is the Overpass Light Brigade. 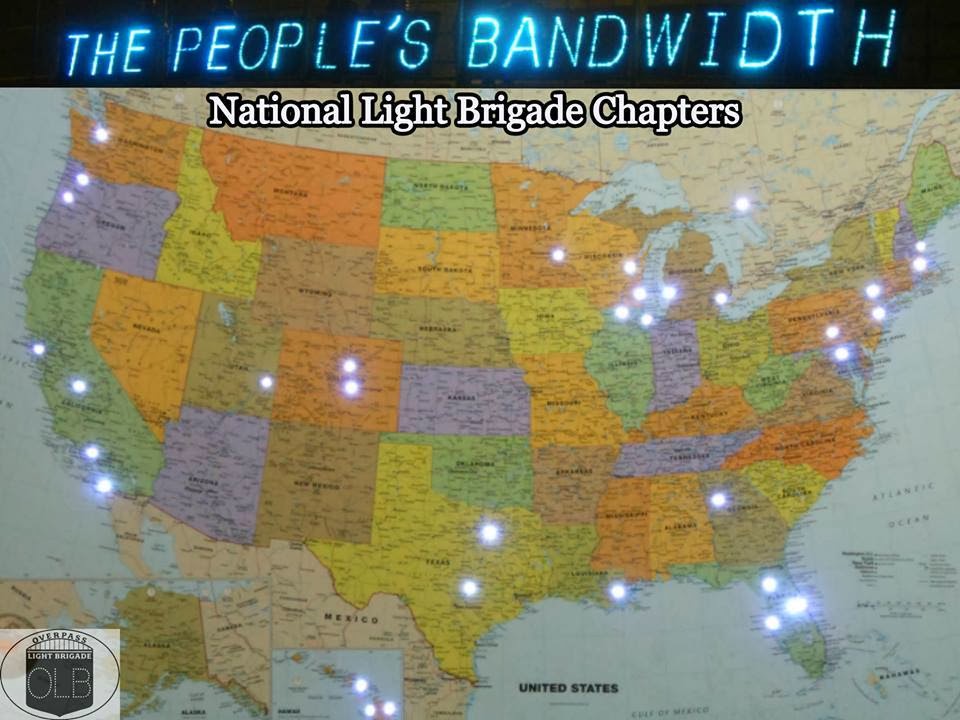 The Overpass Light Brigade organizes its nighttime demonstrations on bridges and highway overpasses. It also mobilizes members to participate in political rallies and vigils. More recent actions have included collaboration with national labor advocates regarding Walmart's labor practices, the Chicago Teacher's Union (CTU) Strike, as well as environmental advocacy with organizations such as 350.org. In addition to overpasses, appearances have also have included picketing with striking Palermo's Pizza workers, a pedestrian bridge to the Milwaukee Art Museum, an event with Nuns on the Bus, and vigils mourning the 2012 Wisconsin Sikh temple shooting.

For the artists, their work with the Overpass Light Brigade is a "demonstration of citizen engagement...a Situationist paradigm of performativity within the contested and limited zones of public space" and a navigation of the tactics of visibility. The organization cites French critical theorist Guy Debord's The Society of the Spectacle as an inspiration. Debord explored and explained how contemporary media creates spectacle that is essentially devoid of content. A founder of the artistic and political movement Situationist International, he sought, through the construction of "situations," to create multiple strategies for reclaiming an individual's self-determination from the sedative effects of ubiquitous spectacle.
Posted by beyondsocietycontrol.blogspot.com at 2:36:00 PM