THANKS TO US, IT'S WORKING

Temecula, CA – This past weekend as 98% of the nation praised, BBQ'd about, and remembered all the various men and women who fell in defense of this nation, the remaining two 1% groups are both saying respectively, 'Thanks to us, it's working'.

The first 0ne Percent is well known in name and fortune, as they constitute the ruling class of America. Most would call them the Establishment, but in truth, it is the Establishment that they established. They have anointed Reps and Senators nationally and statewide, now they stand ready to bring the first queen to power in the United States of England. United by a bloodline and the word 'between' [#996, Strong's Concordance], these people stand atop a mountain of grief descending rapidly over America and the peoples of the world. 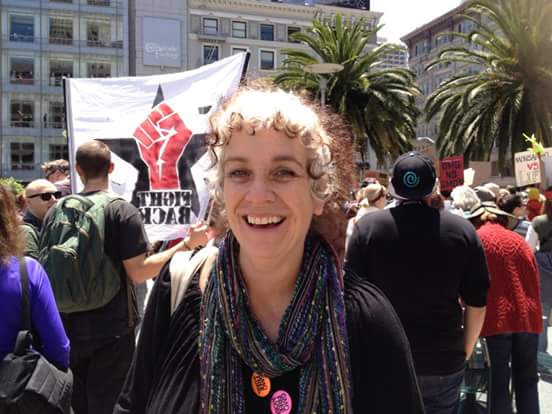 The other 1% are unknown, except to their families, their children, their fellow protestors, activists, and detractors, usually paid unknown corporate shills who roam like those metallic seekers in The Matrix Series. This 1% has always existed but the woman in the picture above is one of the current crop. And it is this current crop that seeks to move this mountain of grief from over the 98% an inch at a time. This report is dedicated to those ants and why they are also saying, “Thanks to us, it's working.”

When ants move a mountain, it's slower than watching the sun go across the sky, so the progress can be lost in translation. But as Peter Griffin has said, “Visual aids are so handy.”

CLICK to read more»
Posted by beyondsocietycontrol.blogspot.com at 11:03:00 PM No comments:

READERS OF THE LOST MARK

PART 1 OF A BSC EXCLUSIVE 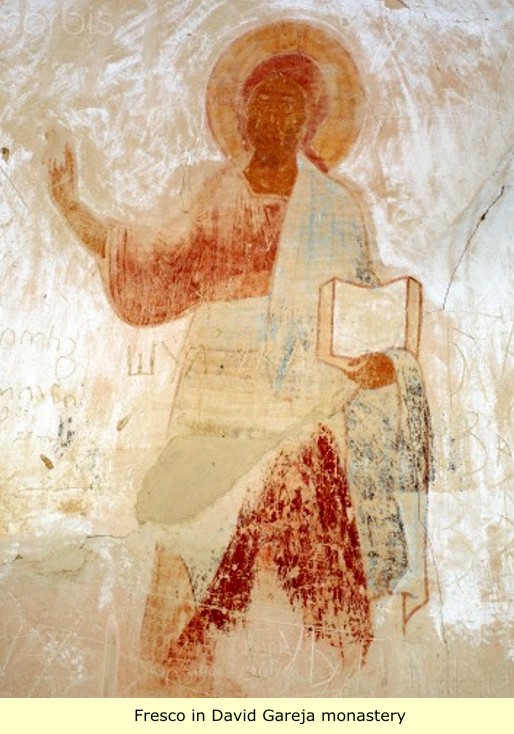 For many of us here in this valley with a church on every corner instead of a bar, have you ever wondered when listening to scripture as a young adult, am I missing something or do some pieces seem out of place or truncated? Have your wonderings been assuaged by knowledge from your Christian, Catholic, or atheist professors that people added or arranged passages to make the Bible narrative convey a certain curriculum?

Did you ever wonder about the mysterious 'Q' mentioned as the 'source' of the Bible presented to mankind? Or question why the Catholic Church would undertake the question of animals and if they have souls. Have you ever felt something was missing from your Bible intake like a processed food versus something natural and healthy? If you answered 'yes' to any or all the questions posed, there is one more question to answer before you decide to make the jump. Are you happy with your present life because what you are about to learn, you can never unlearn. However, like water on a duck, the truth can wash over you and not penetrate your being. The reason for that you will learn as well, if you dare to make the jump. "Remember, you asked for this."

CLICK to read more»
Posted by beyondsocietycontrol.blogspot.com at 12:58:00 PM No comments:

Temecula, CA – Tis said, politics make for strange bedfellows, and that couldn't be more true than being glad to receive a visit from a sheriff, or I should say 'Sheriffs'. When you live as a wizard, even a Christian one, isolation is a key ingredient for a number of reasons, none of which will be covered here. Suffice to say, the Sheriffs brought word, official word, that backed up my original analysis and perception concerning 3rd District Supervisor candidate Randon Lane, a man from Murrieta's Mos Eisley-style city council.

You see for folks that have moved to the valley in last week's turnip truck, the Murrieta City Council has as rich a history of inbred corruption as Peyton Place, though nowhere near as colorful being small town. Those were the days of Warnie Enochs, and Dottie & Mary, two ladies who kept the council's toes to the fire over things like the commandeering of the Federally-built Senior Center for private commercial use by a local bullying family. Good times, but that was then, and this is now. 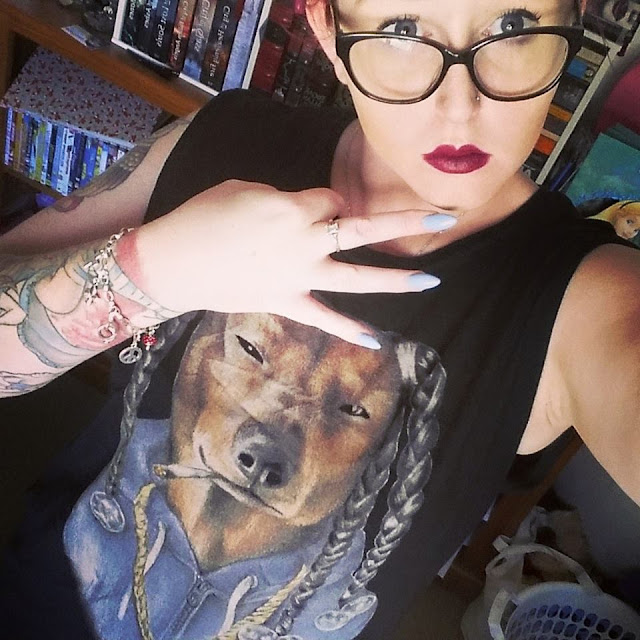 So you can understand how relieved I was to see that the Sheriffs' evidence proved I was correct in my assessment of Randon Lane as a poor choice for County Supervisor. After the jump, we see what the Sheriffs had to say about Lane, take a family look at Shellie Milne, and again speak about Chuck Washington. These 3 are running for County Supervisor. Two have political experience while one just seems to smell the pizza, as Ferris would say.

CLICK to read more»
Posted by beyondsocietycontrol.blogspot.com at 2:46:00 PM No comments:

ARGUES WITH THE MOUSE

Temecula, CA – At long last Bernie Sanders is taking off the kid gloves, after being kneed in the nuts allegorically and repeatedly by the forces behind putting Hillary Clinton towards the White House. I guess she must have broken some of the old stolen plates throwing them at Bill, or she gave them away as a wedding present. [“Don't worry Dear, I'll get another set. The butler there told me.”]

After crowing 'Victory' in the nothing vote primary of Washington State though Bernie gobbled up the delegates from the earlier caucus, the email scandal may have finally given Bernie the killer instinct to drive a wooden stake through the DNC's blatant power grab antics led by attached at the [censored] Debbie Wasser-name. Sanders has called for a re-canvassing of the vote totals tallied from electronic voting machines and absentee ballots from all 120 counties in Kentucky. 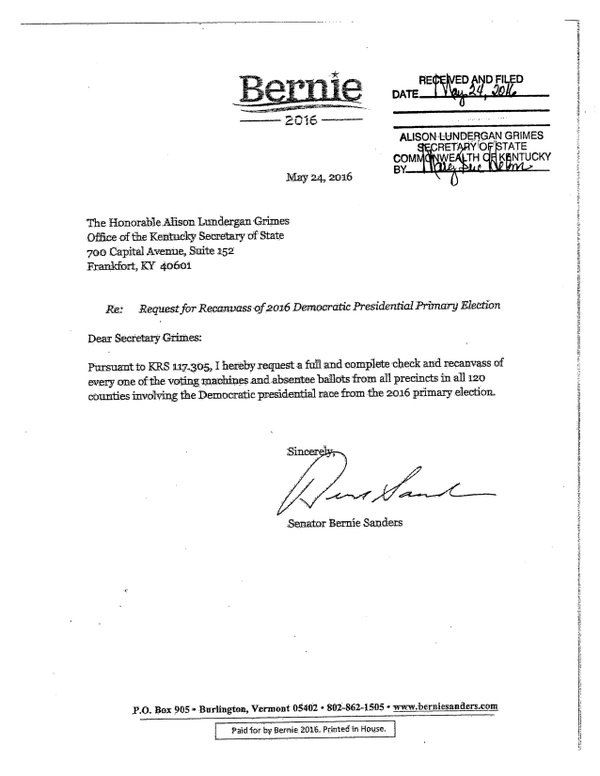 The purpose of a re-canvass is to verify the accuracy of the vote totals reported from the voting machines. Clinton, of course, unofficially proclaimed victory even though AP said the race was too close to call and the candidates split the delegates evenly. County boards of elections will convene at 9 a.m. local time on Thurs., May 26 to conduct the re-canvass, reports Alison L. Grimes (no kin to Frank). Meanwhile back here at the ranch, Disney's Ranch that is, The Bern called out Disney on several counts. And he got a private Facebook reply. All that after the jump.

CLICK to read more»
Posted by beyondsocietycontrol.blogspot.com at 11:52:00 AM No comments:

HOW A BEE WAS TURNED TO A RAG

Temecula, CA – Though on 'Spring Break' the news wasn't; neither were my moles and tipsters. The following report is the first of two that shows Northern California has started a Civil War with Southern California over cannabis, something predicted by Jack Herer in 2003, [page 267, Memoirs of Mr. Pete & Mary Jane Green, Amazon]. The reasons of this Civil War is exactly the same as for the original, a clash of economic systems only in reverse. This time the North seeks to enslave those in the South; those who support and depend on Prop 215 as it stands.

The following report also illustrates the modern need for citizen journalism and individual research, along with common sense logic. With most modern commercial journal avenues, the need to be tied in to advertisers favorably has become increasingly corrupt with modern newspapers acting as propaganda machines for the establishment political cronies whose way up the party ladder hinders on what money prize can be delivered at the public expense. Disgusting, absolutely disgusting. 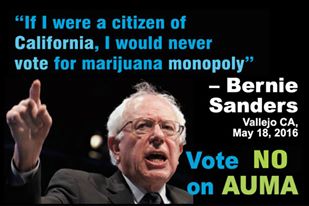 Recently the Sacramento Bee posted Bernie Sanders made the announcement that he supported ballot initiative measure 15-0103 or the Adult Use Marijuana Act, known as AUMA, the state sponsored legalization for marijuana. This was a bald-faced lie passed off as a scoop. If you're wondering why a professional newspaper would print an obvious falsehood, make the jump now.

CLICK to read more»
Posted by beyondsocietycontrol.blogspot.com at 9:10:00 AM No comments:

WILL THE QUEEN BE TRUMPED OR BERNT UP?

Temecula, CA – Today is my first day back at work and what a day to come back on. It's cooler here at 57 than in Davenport, IA, which is 83 degrees as I write this. Also yesterday while speaking to an old and close family friend who spoke the words heard often from black folks in regard to Hillary Clinton, “Well, she does come with some baggage but...” Today that baggage got inspected and was found to be unworthy as a carrier.

So far today Hillary, Bill, and what's her name, are all quiet as the damning reports from the independent audits are made public. It would seem, being a former Monsanto lawyer like Clarence Thomas, the sole, not soul, dissenting vote against a man convicted by blatant racism, that like with Monsanto, an informed public is their worst enemy. 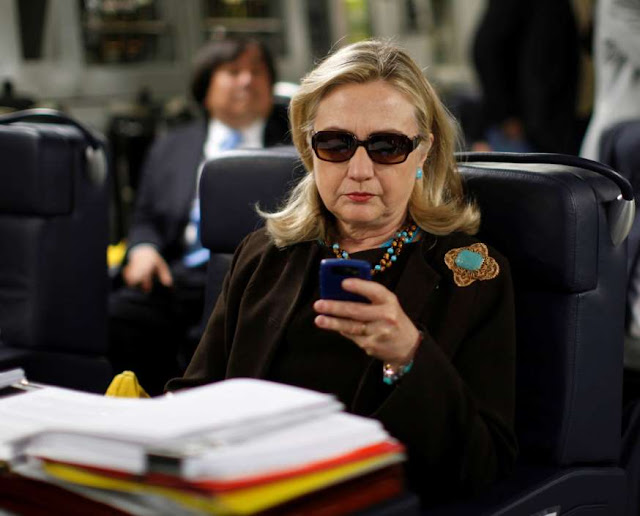 Also for all you 'black' Hillary fans like my friend from yesterday, when you go to the polls to vote remember these two items: When asked why she used a private server for her State Department classified emails, her answer was, “Well, Colin Powell did it,” thereby throwing the [n-word] under the bus. And two, Hillary's person she vows to be like is the Nobel Peace Prize winner who just sold arms to a Communist country to turn one yellow man against another, after picking out the ugliest, most rage-filled woman in photo history as a positive image to mend black feelings toward whites. Thanks Barry, you're all that and a bag of used condoms. The official Hillary comeuppance stories after the jump.

CLICK to read more»
Posted by beyondsocietycontrol.blogspot.com at 12:33:00 PM No comments:

Temecula, CA – Returning to the scene of the time a few days ago, I stepped off the bus and spied all the hoopla. You couldn't miss it really as the spacious park green area brought visions of Brit, Iowa to mind, which is the home of our Fugitive Commissioner [Sports]. Under 'iffy' skies, which means 'uh oh' in Murrieta, having memorized when I needed to catch the last bus back, I walked into the first ever, again in Murrieta, Wishbone Festival. This event was courtesy of 'a tip.' Holy Lois Lane, Batman! 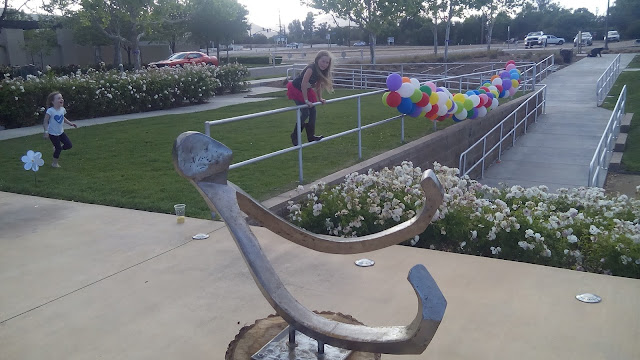 This first event was organized by M.A.D. Hands, whose vision is “to provide art to at-risk kids in order to help foster self expression, develop healthy coping skills, and strengthen sense of self.” The MAD stand for Make A Difference. In short, the group is run by abuse survivors and chooses topics that need exposure where awareness could prevent or reduce the number of at-risk kid situations. Boy, was I glad I wore my 'GMO? We're Not Buying It' bold-lettered tee. The 42plus nurses brim was my fish sign in the sand.

After the jump, we take a look at the day the easy way. “Visual aids are ever so handy.” - Peter Griffin

CLICK to read more»
Posted by beyondsocietycontrol.blogspot.com at 12:47:00 PM No comments: