END OF THE LINE

THE ENEMY OF MY ENEMY -

BSC, CA – The real news is coming so rapidly and the fake news continues to be churned out like butter, so please forgive us here at BSC if we lump a few subjects together, like Trump, Putin, pedophilia, Hollywood, government, corruption, and deep state. Oh, and Alex Jones. Interestingly enough, SGT Reports got banned off YouTube a few days before Jones but that channel was restored just a couple of days later. Was that a test before the Jones karate chop to the throat?

Now back to the 800 lb baby in the room to be spirit-cooked, everyone's favorite hated director, James Gunn, who was called into the Disney offices, talked to, and then dismissed, again. Perhaps the latest pics of him dressed as a Catholic Priest with two young women made up to look like underage Hollywood vamps had a little to do with Disney's final decision. These new pics aren't decades old either, so sorry GotG fans. WOTS at press time is Disney may use his script, so there's that. 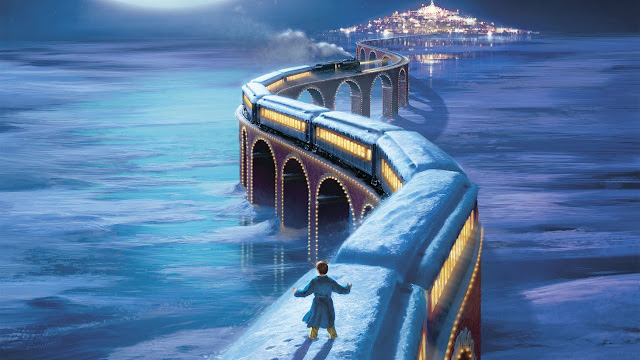 An impromptu poll done a few years back by BSC found a distinction between what some people think is pedophelia, or pedophilia. This distinction is called prepubescent, the age 13 or when a young woman on average starts her menstrual cycle. This feature is backed up by native indigenous cultures worldwide. For teenage boys [late] standup comedian Greg Giraldo said it best, “Any sex that doesn't end with you limping out of a rectory, is totally acceptable.” I won't even mention Jerry Lee Lewis, Chuck Berry, the term 'groupie', or Roman Polanski.

CLICK to read more»
Posted by beyondsocietycontrol.blogspot.com at 12:51:00 PM No comments:

IT STARTS WITH ALEX JONES, Part 2

BSC, CA – Like a fly on the wall, history seems to have placed me, among others, there to see the truth others seem not to. Down through the decades as told partly through my memoirs book, in and out of politics as expressed by the guy in the white tee shirt [again see front jacket cover], I used my deductive powers on really listening to just what was being said by politicians, no matter who was doing the talking.

Really listening just tells you what they are saying. That doesn't means what they are saying applies to you, but if it does, how? That logic took me to several 3rd party candidates. Lately however, it has given rise to a popularity contest especially after 9-11, a real time event that polarized the country like TLJ*. However it has never meant voting for the Republicans, only the Dems and 3rd parties. By Obama time it meant going back to listening to the candidates for soundbites. 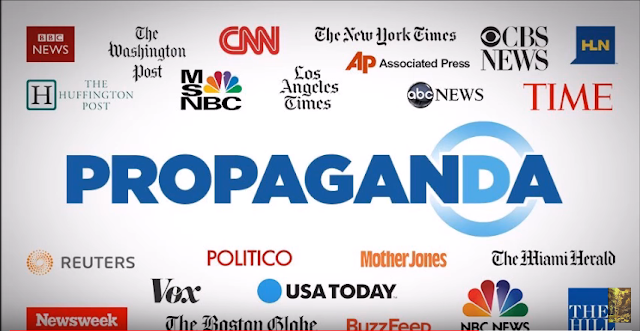 Hillary's record followed her and her “I'm white and right, so vote for me” speech, but Obama's pitiful knee-jerk reaction at being the very last candidate to go on record of stance for medical marijuana patients, gave me pause the first time. When Obama, the celebrity president, gave the Press the slip to go and be with Hillary and the Bilderburgs I knew I was correct. The second time I knew the correct choice and I got two votes [for me and Joe Walsh] that election. But it was Alex Jones' words that followed me from 2006 to the present. That and his Prison Planet.

CLICK to read more»
Posted by beyondsocietycontrol.blogspot.com at 2:16:00 PM No comments:

NEWS OF THE DAY

IT STARTS WITH ALEX JONES, Part 1 -

BSC, CA – There was a time I used to put out a couple of news articles a day. Not anymore. There is plenty of news events, as they have even poured out into the entertainment field of fan fiction. However the narrative is the same; the establishment puts out a narrative the intended masses don't like; the intended masses are then simplified into archetypes, ie, alt-right, Nazis, man-babies, women haters, etc. 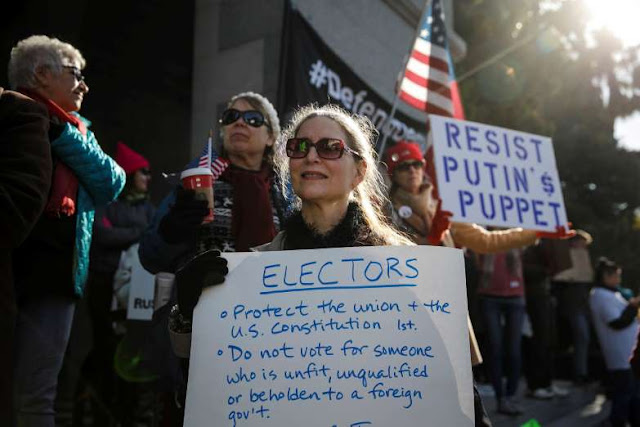 The intended masses then have to accept the message or start the fight on their own turf as the message sez comply or spend your own dime. There is no right way or wrong way; there is only their way. That way means you are plugged into what ever they want you to spend; another cog in the wheel to keep it turning for them.

On the other side of the coin is the side that fights against the status quo, the side you are on. That unfortunately, also requires some of your dimes and your time. Regardless of your side, whether fan or fanatic, patriot or politician, plebeian or Pharisee, you can see that spending of the money, whatever the side, is the common goal. Let's look beyond the money issue and see what is truly lost. That Sports Fans, is your freedom, and it begins with Alex Jones and the Democrat Party. In 1972, I was a Democrat working with others in Indianapolis to dislodge Nixon from Presidential office. Jump.

CLICK to read more»
Posted by beyondsocietycontrol.blogspot.com at 10:56:00 AM No comments:

BSC, CA – Whether its Fate or Zen, this next story really warms the cockles of my heart. In this first ever Roundup defeat in more that 4000 trials against Monsanto, a skyscraper of evil, who suffered a court defeat in a case brought forth by DeWayne Johnson. No, not the same movie star who has a big screen summer blockbuster running now. That would be too on the nose. All I can know is, you can say there is no god; but you can't say there is no God without a sense of humor.

Mr. Johnson was awarded the sum of $289 million dollars on August 11 in a California District Court in San Francisco. In the first of 400 cases alleging that Monsanto's weedkiller Roundup causes cancer and sought to cover this conclusion up, Monsanto sought to seal many papers from the public view. This was denied and so, after the jump as real disclosure from real news [before they shut us down] are the links to all the court docs, case history references, source items, and live blogs.

CLICK to read more»
Posted by beyondsocietycontrol.blogspot.com at 12:06:00 PM No comments: 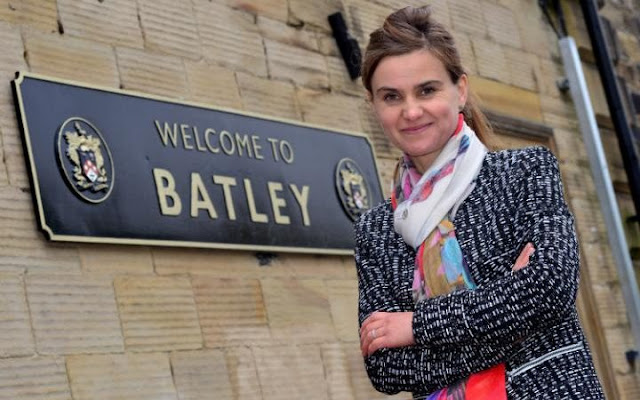 This allegedly political value warfare hit seemed to be a Brexit [false flag] and brought forth a rant from yours truly, and a plug for my book. My initials aren't PT for nothing. That doesn't mean that I don't care for the stories that run here. The truth is the final answer and bottom line.

From the land of James Bond and tea at 4, in the wake of this brutal and seemingly political motivated hit, another independent journalist has been doing his own investigation. After the jump watch his story, and remember, this is part of the Russian dossier blockchain against The Prez.

CLICK to read more»
Posted by beyondsocietycontrol.blogspot.com at 2:01:00 PM No comments:

BSC, CA – So far not breaking in the MSM is the Holy Fire now burning in the Cleveland National Forest area of wilderness between southwest Riverside County and Orange County, misidentified as Perris at first based on direction of smoke. 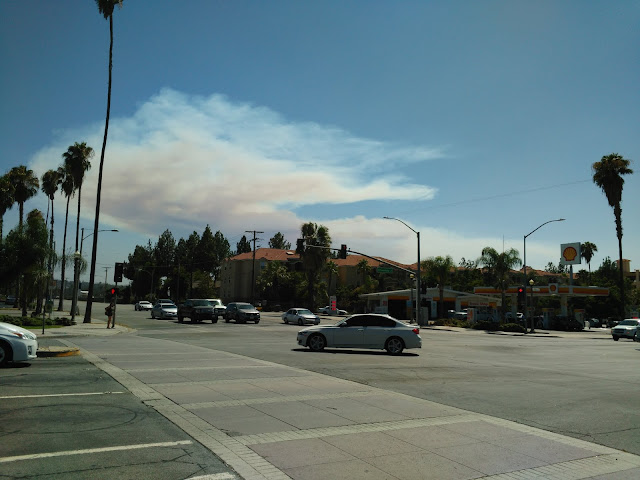 The fire was first spotted Tuesday early afternoon off in the distance away to the southwest from Riverside's northeast side of town. The day had been part of a heatwave hitting southern California for a few days. With all the fires up north I had been wondering when southern California would join in with its yearly fire season, which was late this year as I recalled.

At first when thinking the fire was in the rural Perris area, the blaze seemed smaller but the day's weather was hot, of course, and also windy with low humidity. The wind's direction pushed the smoke toward the northwest and Orange County.

CLICK to read more»
Posted by beyondsocietycontrol.blogspot.com at 6:40:00 PM No comments:

BSC, CA – Within the last 48 hours, the elite running the country, and the world for that matter, debunked the 1st Amendment, aka free speech, by a concerted and coordinated attack to deny Alex Jones the right to broadcast his long-running podcast or maintain a Facebook presence. Disgusting, absolutely disgusting, and a sign of the times we live in, for sure. Yep. We're being Tommy Robinsoned as a nation by the same group who masterminded the Trump-Russian collusion. 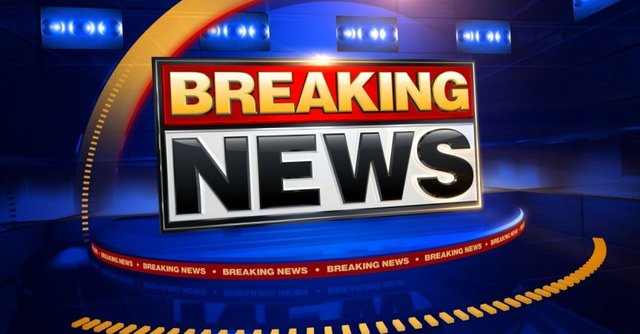 But if you're reading this breaking story here, you didn't just come here for the breaking headline. You came for answers, and you came to the right place.

Globalism goes back farther than Plato, farther than Genesis 6; it goes all the way back to the former planet system-wide civilization that the pyramids on every Earth continent show evidence of. The results are always the same: power corrupts; absolute power corrupts absolutely. But the reason for this is never given, till now. The reason is this: when you deal with matter, you deal with time. There is a reason for movement through it. The spirit within is not matter, therefore outside of time. Since there is Free Will, what records your personal journey through it? See the movie Defending Your Life.

CLICK to read more»
Posted by beyondsocietycontrol.blogspot.com at 9:18:00 AM No comments:

BSC, CA – Being long in the tooth, I remember the TV series Mission Impossible, which ran from 1966-73 CBS, 1988-90 ABC; and the face of Peter Graves, character Jim Phelps, the IMF leader. The action was fast on a cerebral level with the IMF team always getting away with their objective through clever misdirection and disguises, played out by Lalo Schifrin.

In 1996, star actor Tom Cruise brought the story of the Impossible Missions Force to the big screen as team leader Ethan Hunt, and the title's producer in concert with others. The theme premise of the IMF was also altered from all head games and sleight of hand to action-suspense, actually intense action and intense suspense. This change caused some controversy among OT fans and former cast, but as we see from Star Wars TLJ, that is what Hollywood [LA] does; tear down the old and build new over it. 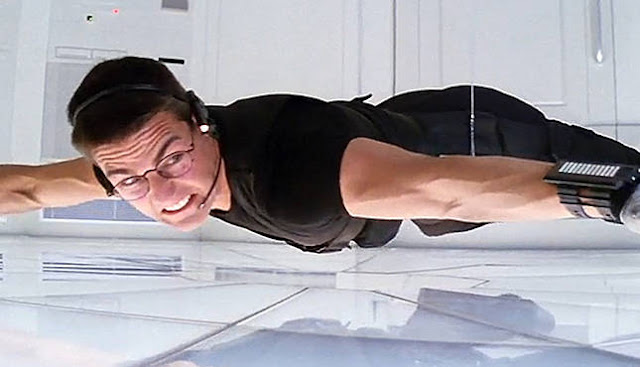 However, with the move from TV to the big screen, we can accept that change. When Tom Cruise dangled on wires above that pressure sensitive floor and started to sweat, we were sweating with him. Ethan Hunt had won our hearts. This year he may win more than that. Make the jump and find out why.

CLICK to read more»
Posted by beyondsocietycontrol.blogspot.com at 2:18:00 PM No comments: