ANOTHER DEMOCRAT FOR PRESIDENT 2020 -

BSC, CA – If there seems to be one thing in common with the present group of Democrats, it is their ability to spin a yarn, aka, lie to your face and somehow, expect you to believe it. And yet, they exhibit the same buffoonery that you see from the DS actors interviewed in various committee investigations on TV. Let's take the trending case of Empire actor, Jussie Smollett, a gay black man.

Going for a raise [the first excuse], gave rise after a [alleged] threatening letter failed to gain any traction in the news, to the plan to stage a false flag, self imposed attack, reported to have been done by two white, MAGA hat wearing, President Trump supporters. Though the Establishment views and commentators picked this story up and ran with it because of the Trump element, really hip to the dip folks knew this to be a BS tip. OMG! 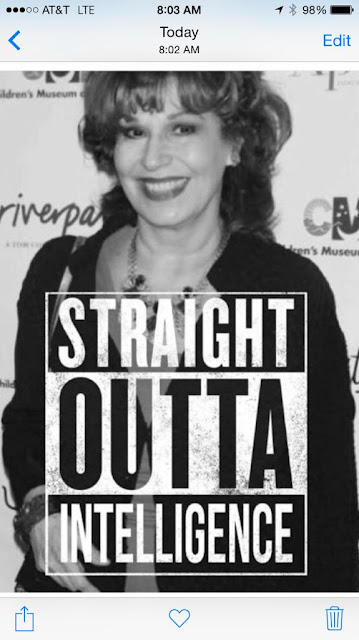 Now as Mr. Smollett makes plans to perhaps spend some time with people that you don't want to drop the soap around, perhaps Smollett's new bestie, Don LeMon, will spring him, since he is the representative of the 'woke' black community. Being the wrong color, the wrong gender, and having the wrong last name [not Clinton], Smollett's now phony story is as believable as Lizzy Warren being a Native American. His penchant for telling the lie is akin to Warren's stupidity for doing the ancestry test. But now we see the [alleged] involvement of Democrat ,Kamala Harris, and others into this mess, and the reason why, after the jump.

CLICK to read more»
Posted by beyondsocietycontrol.blogspot.com at 8:18:00 PM No comments:

DETAILS AND BACK STORY -

BSC, CA – Although we don't usually report child abuse criminals, the case that follows was first seen [by this office] in the January 10, print edition of The Weekly, Riverside. The trial run up was in 'These Riverside County stories could be huge news in 2019'. The initial report was done by Brian Rokos, and the story concerns Mr. and Mrs. Turpin, residents of Perris, who are accused of abusing 12 of their 13, live-at-home children/offspring.

Following the jump, you are offered an intense and in-depth look at several reports all rolled into one. This look is given as a peek into why people do the things that they do. How did they go wrong? What were their lives like at first, or did they start out with malice in their heart for their children? How are these people different from you, your neighbors, or people you take for granted? 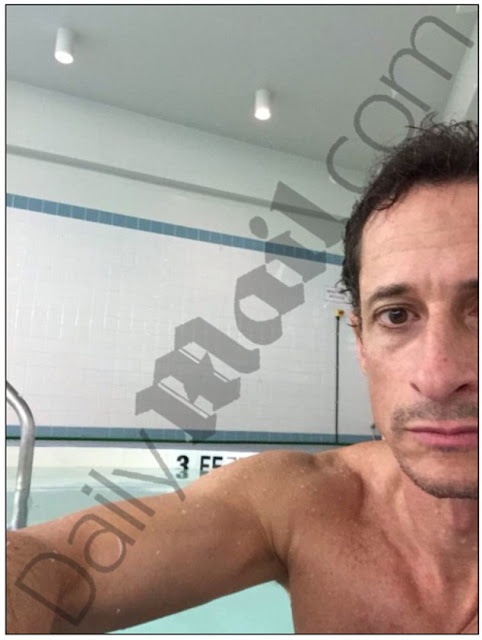 Hopefully these questions will be answered to some degree, but to really know what is in anyone's heart, it rests with what they believe and believe in. This is also another reason why we don't do many SRA or pedophile stories beyond a good pull on the weiner, Anthony Weiner, that is. Admittedly, this clown is funny, almost cartoon funny, but sadly, most people who fall into this category are only scary, because there is nothing humorous about a predator.

CLICK to read more»
Posted by beyondsocietycontrol.blogspot.com at 1:47:00 PM No comments:

THE BUZZ ABOUT ALITA

BSC, CA – There is a buzz coming about the anime-live action film, Alita – Battle Angel. If you haven't heard it yet, you will, either on the news or from someone you know. It's that kind of movie. Also with the very recent philanthropy of James Cameron and the movie production, a young double amputee received two, state of the art, bionic arms/hands akin to the ones for Alita in the movie. 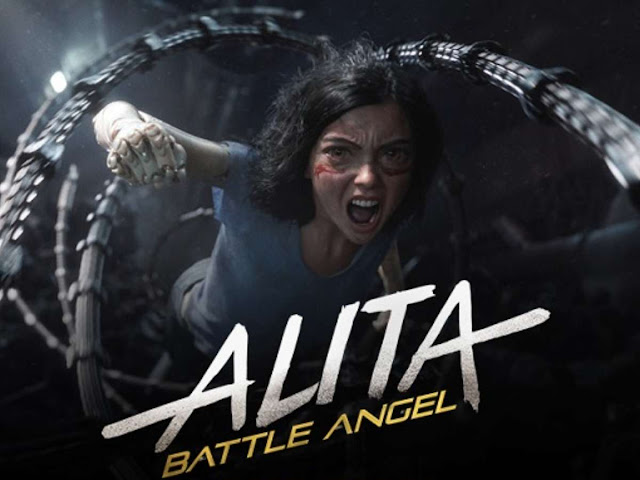 The underground is talking and after the jump we give you a no-spoiler review from Anna, That Star Wars Girl, who like myself and thousands of others, had no prior experience with Alita - Battle Angel except through promo previews. These previews look exciting and rather breakneck in their visual delivery, and they don't lie. This is a movie event like The Matrix, in that you don't want to miss the first go-round for this movie, its story-line, and the coming battle with Captain Marvel, the superhero movie from Marvel, with an Oscar® winner paid 10x what RDJ was for the first Iron Man.

Though the press junket reviews are glowing with praise for Captain Marvel at present, there is a growing distrust that the critics writing movie reviews are 'lobbied' for positive accolades to fatten box office openings. This fan opinion has ignited a war that so far has tanked Solo and Ghostbusters – 2016, plus called into question sourced official critiques. The main points of discussion between movies, to put it plain and simple, are the main characters and the story arc. Early previews of CM look flatter than the ones for Solo, and the story behind Alita is both deep and artistically alluring. The same can't be said for five-time rebooted comic book, Captain Marvel.

CLICK to read more»
Posted by beyondsocietycontrol.blogspot.com at 11:48:00 AM No comments:

THE FACE, NOT THE BRAINS, OF THE DEMS -

BSC, CA – In a trend started by Democrat Hillary Clinton, the Democrat Party has become the Party of the bubble people. In Hollywood, cough, Disney Star Wars; MSM, cough, fake news; academia, cough, fake history, and in politics, cough, fake people. But non-politicians don't spout fake agendas and it was nice to see and hear President Trump emphasize that America will never be a socialist country. Stay tuned for the Democrat party infighting especially brought about by AOC, now nicknamed “Ocrasio” Cortez, "so fresh, so face."

Recently released by AOC with Dem Ed Markey, the Green New Deal seems toothless, ambitious, and just north of crazy, but what can you expect from a barmaid elected to Congress. Talking to old friend, Fast Eddy, it was easy to see [and I do mean 'see'] why Fast Eddy thought highly of AOC as a person. “She's hot!”

I countered with, “But she has no brains.” That stopped his argument but I ranted on. "Ocrasio thinks she is the new FDR." However, the Disney comic book artist/storyteller, Carl Barks, once did a story about the core socialist value used in 'Ocrasio's' GND. The core principle is equity, not equality, because the GND is socialist/communist in principle. In Bark's story, everyone gets a bag of Uncle Scrooge's money, leaving him penniless and everyone else, a millionaire. BTW, this story was the reason that Uncle Scrooge Comics were banned in Russia.

CLICK to read more»
Posted by beyondsocietycontrol.blogspot.com at 2:19:00 AM No comments:

STATE OF THE UNION

BSC, CA – Last night was the much vaulted State of the Union address from the duly elected 45th President of the United States, someone else who has a star on the Hollywood Walk of Fame along with Ronald Reagan. 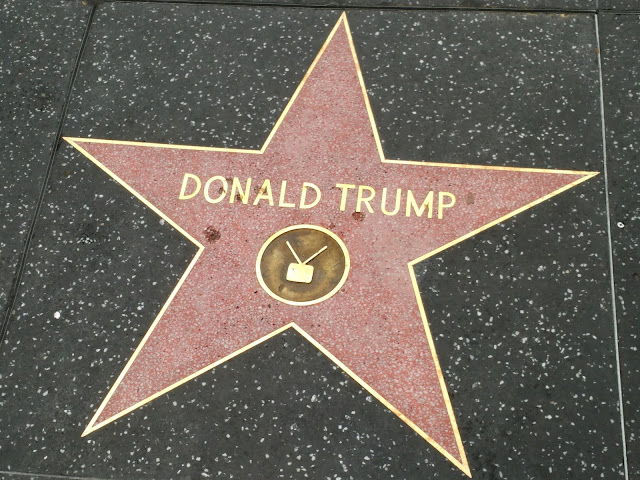 I watched most of the President's speech, missing the first few minutes, and today I wondered how other people saw the speech. I wondered because I was sure of what I saw, but did anyone else see the same picture that I did. You know, the one I saw with my own eyes versus the one mainstream media among others, that will tell me what I saw [fake news].

Rather than foster my own views on you, Sports Fans, I decided to go to more renown young people who are a few generations hipper and more connected than myself. Having used their videos before to illustrate a political viewpoint, I once again called upon Ben and Lucas for clarity and wisdom in clearly calling out this muddy situation. Their vids await after the jump.

CLICK to read more»
Posted by beyondsocietycontrol.blogspot.com at 1:20:00 AM No comments:

MAPS OF OUR LIVES

THE STATE OF OUR UNION -

BSC, CA – There is a difference in the way folks view reality in this country and in this world. One side has the official outlook and one side doesn't. There are many factors involved in these opposing points, starting with politics in society, but make no mistake, a line in the sand has been drawn. At stake is our greatest resource and one that is listed on the rear cover of my book. That resource is US. Both the country and the people.

Most readers here, with new readers joining daily, have seen The Matrix. If you remember this reference, “You have a splinter in your mind...” 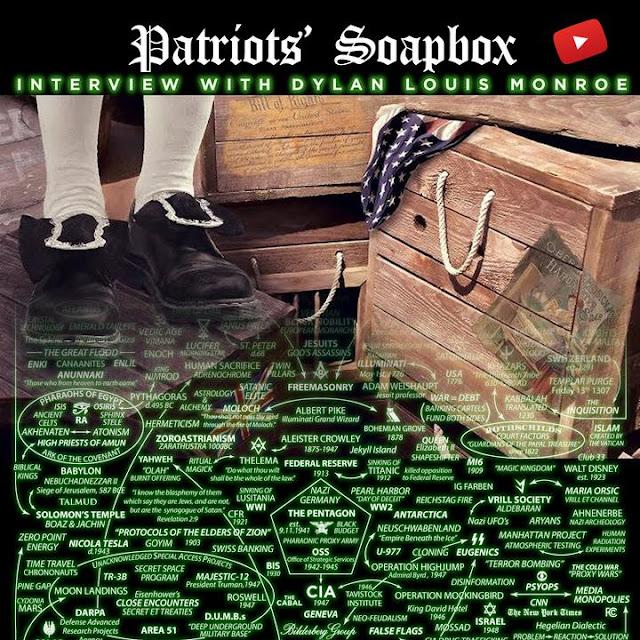 Have you ever wondered just what that 'splinter' reference meant? Think about it now if you haven't before. And while you do that, when you make the jump, there is a free handout in this issue. Meanwhile, the news is Trump, our President and his State of the Union speech tonight.

CLICK to read more»
Posted by beyondsocietycontrol.blogspot.com at 5:52:00 PM No comments: